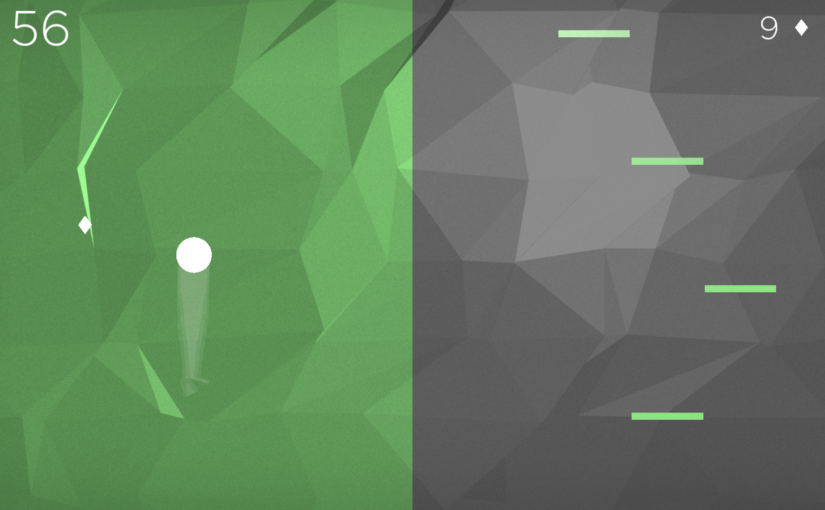 Vice Versa Reborn is a 2D split screen infinite scrolling platformer. The player must control a bouncing ball in the left half of the screen predicting the reflection of platforms that appear on the right side of the screen and landing on them with the ball. The objective of the game is to achieve the highest score! The game can be downloaded from the google play store by clicking here.

This game was developed by a group of students from VIT University in Vellore, India. The team involved 3 programmers and 2 artists. It was developed as a project in the Creation Labs at VIT in December of 2015.

The source code for this project and its repositories can be found here.

This game was developed using the rapid prototyping approach. The team would work on initial prototypes that served as a collection of tier 1 feature implementations after which features were improved iteratively. The team maintained internal schedules for epics and user stories but did not use scrum in the traditional sense. Team members would take responsibility of user stories and prototype feature-complete implementations by themselves.

Vice versa reborn provided some features to enhance the gameplay experience. One of the major features was the implementation of power-ups in-game. The team decided on creating 4 different power-ups that spawn randomly on platforms, each of which adds an ability on the controlled ball for a certain duration.

Below is a video of the gameplay of vice versa reborn. The unique hook of the platforms on one side with the character on the other side makes this game very disorienting yet fun to play.